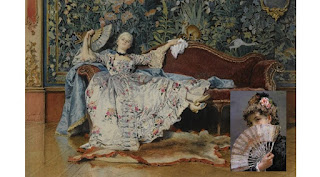 There is no greater master of the Comedy of Manners than Joseph Addison. Here he is surely at his best (although the jest may be considered outdated). By way of bonus, we learn that the soldiers' Manual at Arms was much the same on Wednesday, June 27, 1711, (the date of this paper, no. 102,) as at present: Order arms! Port arms! Present arms! Ground arms! But, of course, the ladies do their manual with infinite grace in preparation for the fierce battles in which they will engage.

I Do not know whether to call the following letter a satire upon coquettes, or a representation of their several fantastical accomplishments, or what other title to give it; but as it is I shall communicate it to the public. It will sufficiently explain its own intentions, so that I shall give it my reader at length, without either preface or postscript.

“MR. SPECTATOR,— Women are armed with fans as men with swords, and sometimes do more execution with them. To the end therefore that ladies may be entire mistresses of the weapon which they bear, I have erected an academy for the training up of young women in the exercise of the fan, according to the most fashionable airs and motions that are now practised at court. The ladies who carry fans under me are drawn up twice a-day in my great hall, where they are instructed in the use of their arms, and exercised by the following words of command:— Handle your fans, Unfurl your fans, Discharge your fans, Ground your fans, Recover your fans, Flutter your fans.—By the right observation of these few plain words of command, a woman of a tolerable genius, who will apply herself diligently to her exercise for the space of but one half-year, shall be able to give her fan all the graces that can possibly enter into that little modish machine. 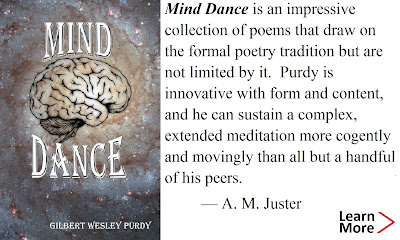 “But to the end that my readers may form to themselves a right notion of this exercise, I beg leave to explain it to them in all its parts. When my female regiment is drawn up in array, with every one her weapon in her hand, upon my giving the word to Handle their fans, each of them shakes her fan at me with a smile, then gives her right-hand woman a tap upon the shoulder, then presses her lips with the extremity of the fan, then lets her arms fall in an easy motion, and stands in readiness to receive the next word of command. All this is done with a close fan, and is generally learned in the first week.

“The next motion is that of unfurling the fan, in which are comprehended several little flirts, and vibrations, as also gradual and deliberate openings, with many voluntary fallings asunder in the fan itself, that are seldom learned under a month's practice. This part of the exercise pleases the spectators more than any other, as it discovers on a sudden an infinite number of Cupids, garlands, altars, birds, beasts, rainbows, and the like agreeable figures, that display themselves to view, whilst every one in the regiment holds a picture in her hand.

“Upon my giving the word to Discharge their fans, they give one general crack that may be heard at a considerable distance when the wind sits fair. This is one of the most difficult parts of the exercise, but I have several ladies with me, who at their first entrance could not give a pop loud enough to be heard at the farther end of a room, who can now discharge a fan in such a manner, that it shall make a report like a pocket pistol. I have likewise taken care (in order to hinder young women from letting off their fans in wrong places or on unsuitable occasions) to show upon what subject the crack of a fan may come in properly. I have likewise invented a fan, with which a girl of sixteen, by the help of a little wind which is enclosed about one of the largest sticks, can make as loud a crack as a woman of fifty with an ordinary fan. 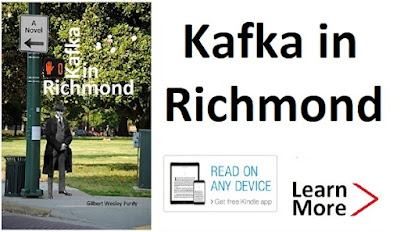 “When the fans are thus discharged, the word of command in course is to ground their fans. This teaches a lady to quit her fan gracefully when she throws it aside in order to take up a pack of cards, adjust a curl of hair, replace a falling pin, or apply herself to any other matter of importance. This part of the exercise, as it only consists in tossing a fan with an air upon a long table (which stands by for that purpose,) may be learned in two days' time as well as in a twelvemonth.

“When my female regiment is thus disarmed, I generally let them walk about the room for some time; when on a sudden (like ladies that look upon their watches after a long visit) they all of them hasten to their arms, catch them up in a hurry, and place themselves in their proper stations upon my calling out, Recover your fans. This part of the exercise is not difficult, provided a woman applies her thoughts to it.

“The fluttering of the fan is the last, and indeed the master-piece of the whole exercise; but if a lady does not mispend her time, she may make herself mistress of it in three months. I generally lay aside the dog-days and the hot time of the summer for the teaching this part of the exercise; for as soon as ever I pronounce Flutter your fans, the place is filled with so many zephyrs and gentle breezes as are very refreshing in that season of the year, though they might be dangerous to ladies of a tender constitution in any other. 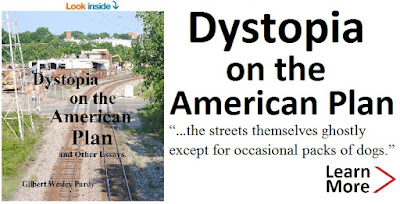 “There is an infinite variety of motions to be made use of in the flutter of a fan. There is the angry flutter, the modish flutter, the timorous flutter, the confused flutter, the merry flutter, and the amorous flutter. Not to be tedious, there is scarce any emotion in the mind which does not produce a suitable agitation in the fan; insomuch, that if I only see the fan of a disciplined lady, I know very well whether she laughs, frowns, or blushes. I have seen a fan so very angry, that it would have been dangerous for the absent lover who provoked it to have come within the wind of it; and at other times so very languishing, that I have been glad for the lady’s sake the lover was at a sufficient distance from it. I need not add, that a fan is either a prude or coquette, according to the nature of the person who bears it. To conclude my letter, I must acquaint you that I have from my own observations compiled a little treatise for the use of my scholars, entitled, The Passions of the Fan; which I will communicate to you, if you think it may be of use to the public. I shall have a general review on Thursday next; to which you shall be very welcome if you will honour it with your presence. I am, &c.

‘P. S. I teach young gentlemen the whole art of gallanting a fan.

“N. B. I have several little plain fans made for this use, to avoid expense.” L.

Also from the Library of Babel:

Posted by Gilbert Wesley Purdy at 11:00 AM

Five years later, I look back at this short essay as a record of a better time.  The library awaits another round of arranging, of reshel... 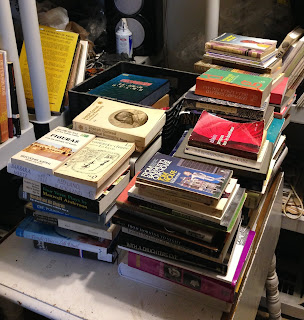